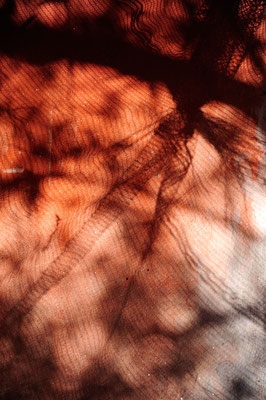 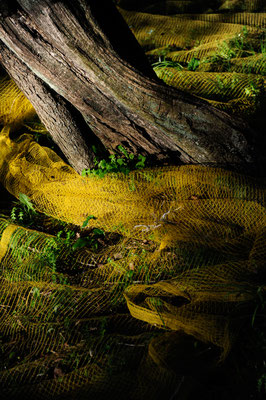 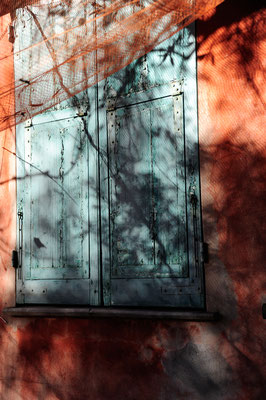 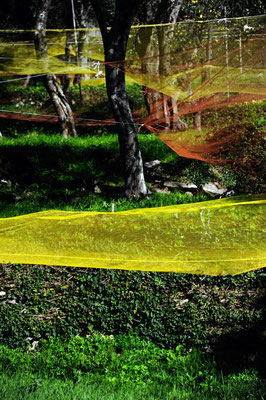 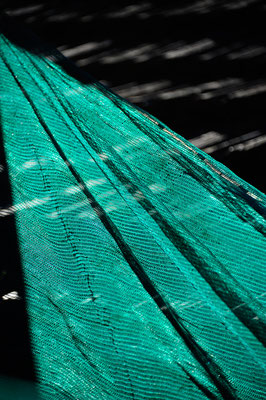 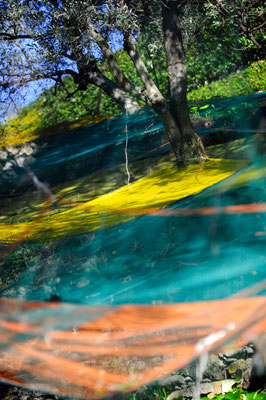 Most olives today are harvested by shaking the boughs or the whole tree. Using olives found lying on the ground can result in poor quality oil, due to damage. Another method involves standing on a ladder and "milking" the olives into a sack tied around the harvester's waist. This method produces high quality oil. A third method uses a device called an oli-net that wraps around the tree trunk and opens to form an umbrella-like catcher from which workers collect the fruit. Another method uses an electric tool, 'the oliviera', that has large tongs that spin around quickly, removing fruit from the tree. Olives harvested by this method are used for oil.

Table olive varieties are more difficult to harvest, as workers must take care not to damage the fruit; baskets that hang around the worker's neck are used. In some places in Italy, Croatia, and Greece, olives are harvested by hand because the terrain is too mountainous for machines. As a result, the fruit is not bruised, which leads to a superior finished product. The method also involves sawing off branches, which is healthy for future production. (Wikipedia)