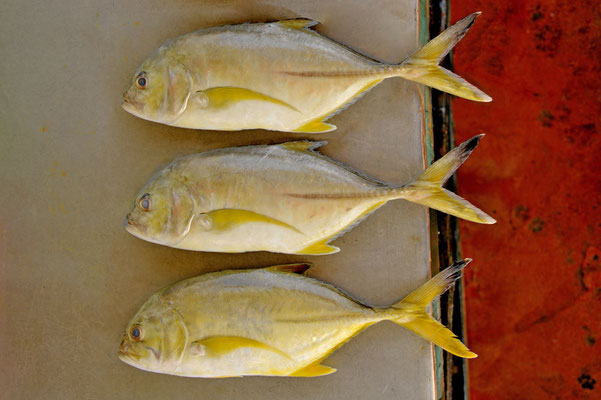 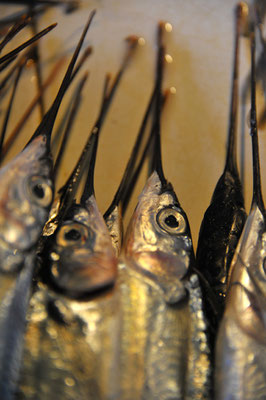 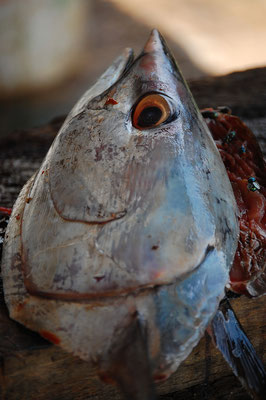 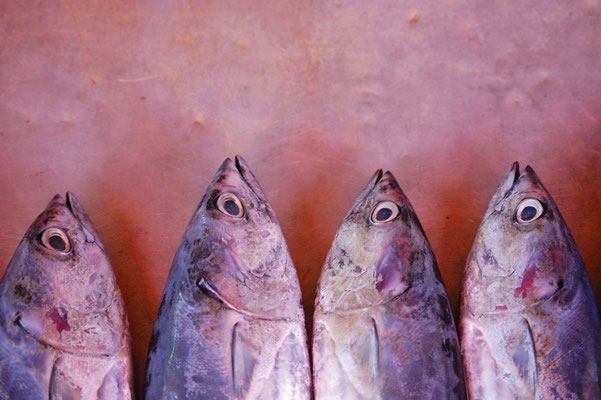 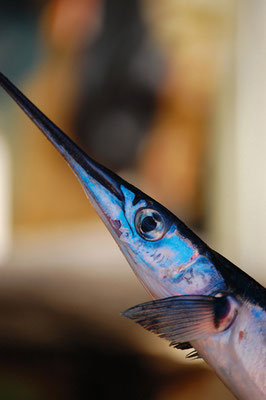 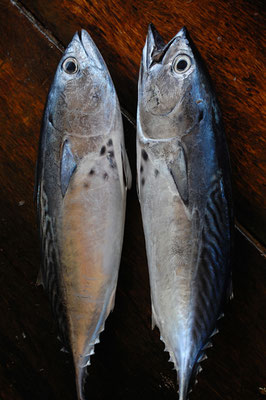 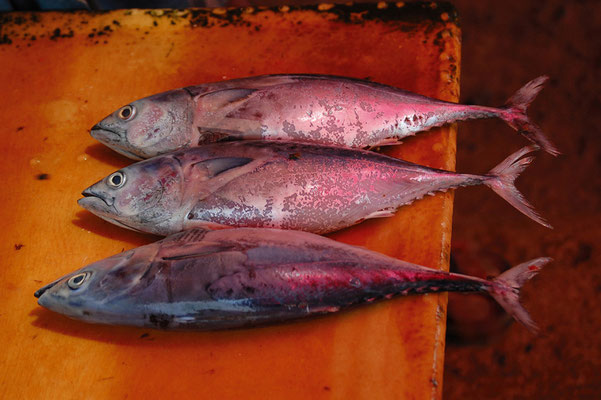 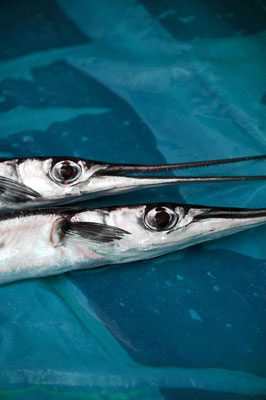 The 2006 IUCN Red List names 1,173 fish species that are threatened with extinction. Included are species such as Atlantic cod, Devil's Hole pupfish, coelacanths, and great white sharks. Because fish live underwater they are more difficult to study than terrestrial animals and plants, and information about fish populations is often lacking. However, freshwater fish seem particularly threatened because they often live in relatively small water bodies.

Overfishing is a major threat to edible fish such as cod and tuna. Overfishing eventually causes population (known as stock) collapse because the survivors cannot produce enough young to replace those removed. Such commercial extinction does not mean that the species is extinct, merely that it can no longer sustain a fishery. One well-studied example of fishery collapse is the Pacific sardine Sadinops sagax caerulues fishery off the California coast. From a 1937 peak of 790,000 long tons (800,000 t) the catch steadily declined to only 24,000 long tons (24,000 t) in 1968, after which the fishery was no longer economically viable.

The main tension between fisheries science and the fishing industry is that the two groups have different views on the resiliency of fisheries to intensive fishing. In places such as Scotland, Newfoundland, and Alaska the fishing industry is a major employer, so governments are predisposed to support it. On the other hand, scientists and conservationists push for stringent protection, warning that many stocks could be wiped out within fifty years. (Wikipedia)