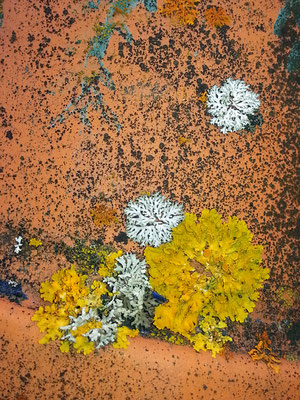 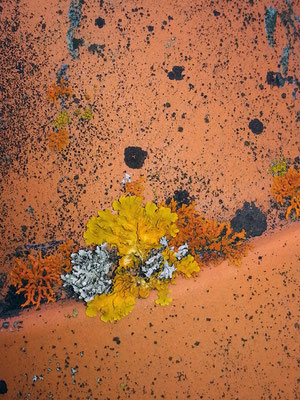 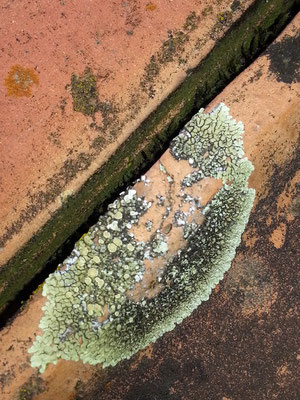 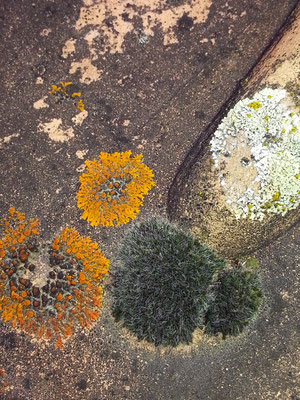 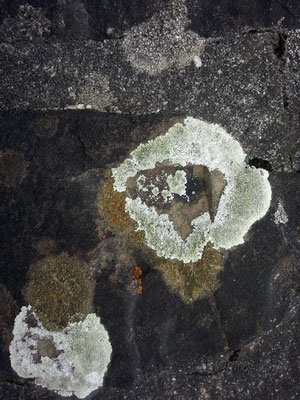 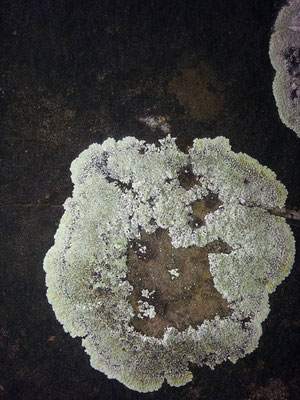 A lichen is a composite organism that arises from algae or cyanobacteria living among filaments of multiple fungi in a symbiotic relationship. The combined lichen has properties different from those of its component organisms. Lichens come in many colours, sizes, and forms. The properties are sometimes plant-like, but lichens are not plants. Lichens may have tiny, leafless branches (fruticose), flat leaf-like structures (foliose), flakes that lie on the surface like peeling paint (crustose), or other growth forms.

Lichens occur from sea level to high alpine elevations, in many environmental conditions, and can grow on almost any surface. Lichens are abundant growing on bark, leaves, mosses, on other lichens, and hanging from branches "living on thin air" (epiphytes) in rain forests and in temperate woodland. They grow on rock, walls, gravestones, roofs, exposed soil surfaces, and in the soil as part of a biological soil crust. Different kinds of lichens have adapted to survive in some of the most extreme environments on Earth: arctic tundra, hot dry deserts, rocky coasts, and toxic slag heaps. They can even live inside solid rock, growing between the grains.

It is estimated that 6% of Earth's land surface is covered by lichen. There are about 20,000 known species of lichens. Some lichens have lost the ability to reproduce sexually, yet continue to speciate. Recent perspectives on lichens include that they are relatively self-contained miniature ecosystems in and of themselves, possibly with more microorganisms living with the fungi, algae, or cyanobacteria, performing other functions as partners in a system that evolves as an even more complex composite organism (holobiont).

Lichens may be long-lived, with some considered to be among the oldest living things. They are among the first living things to grow on fresh rock exposed after an event such as a landslide. The long life-span and slow and regular growth rate of some lichens can be used to date events.(Wikipedia)